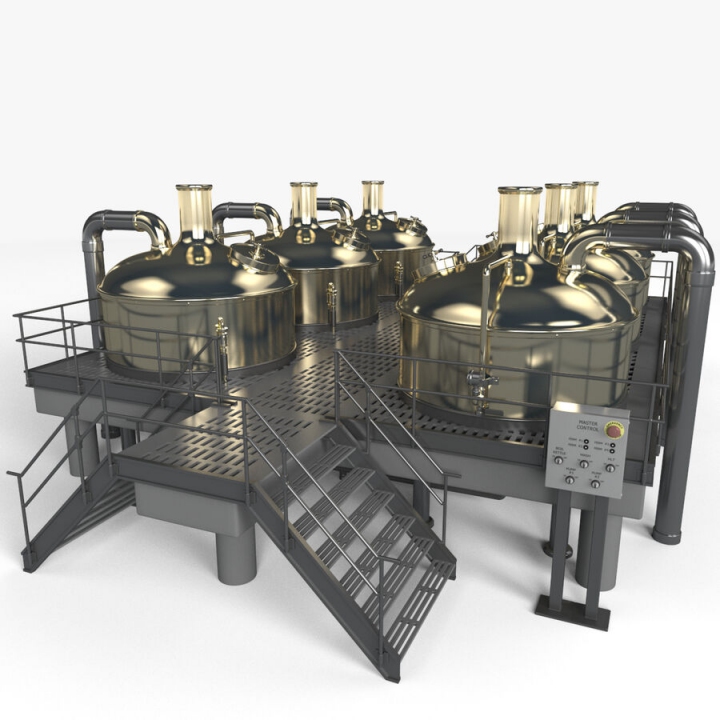 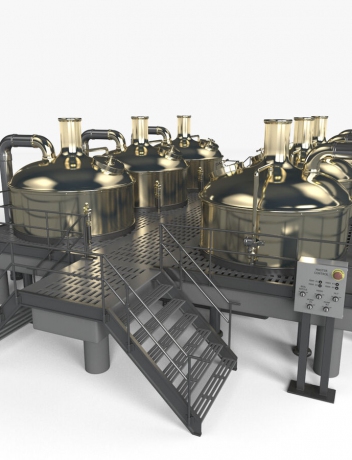 Brewiks 1000L breweries are the industrial medium-size breweries with the special wort boiling system which are designed to production big volumes of wort. The wort brew machine is equipped with six multifunction tanks that allow a parallel production up to six batches of wort at the same time.

The Brewiks 1000L wort brew machine reminds a fortress whose design is not purposeless. The integration of all containers needed for the wort production process into a single unit on a common platform, as well as the complement of the machine with dedicated boiler for boiling wort with hops and separated whirlpool tank, allows the most efficient beer production up to six simultaneously prepared batches in the same day.

Beer production capacities from 2000 hectoliters up to 21000 hectoliters per year according to number fermentation tanks, their volume and kind of beer to be produced.

PRODUCTS FROM THE SAME CATEGORY 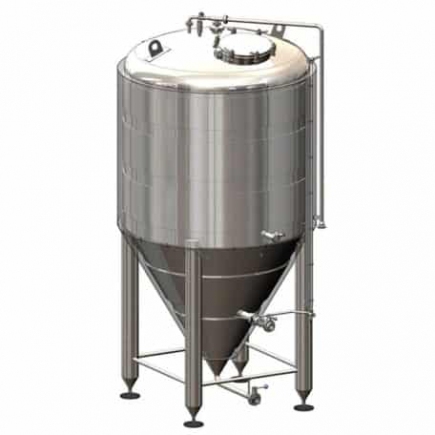 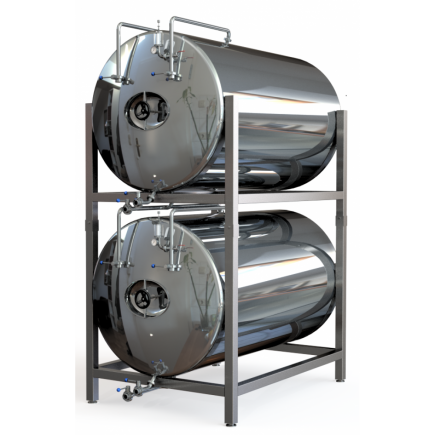 Our manager will analyze your request and call you in the near future.
Order a call

LEAVE THE APPLICATION for free consultation with our engineer